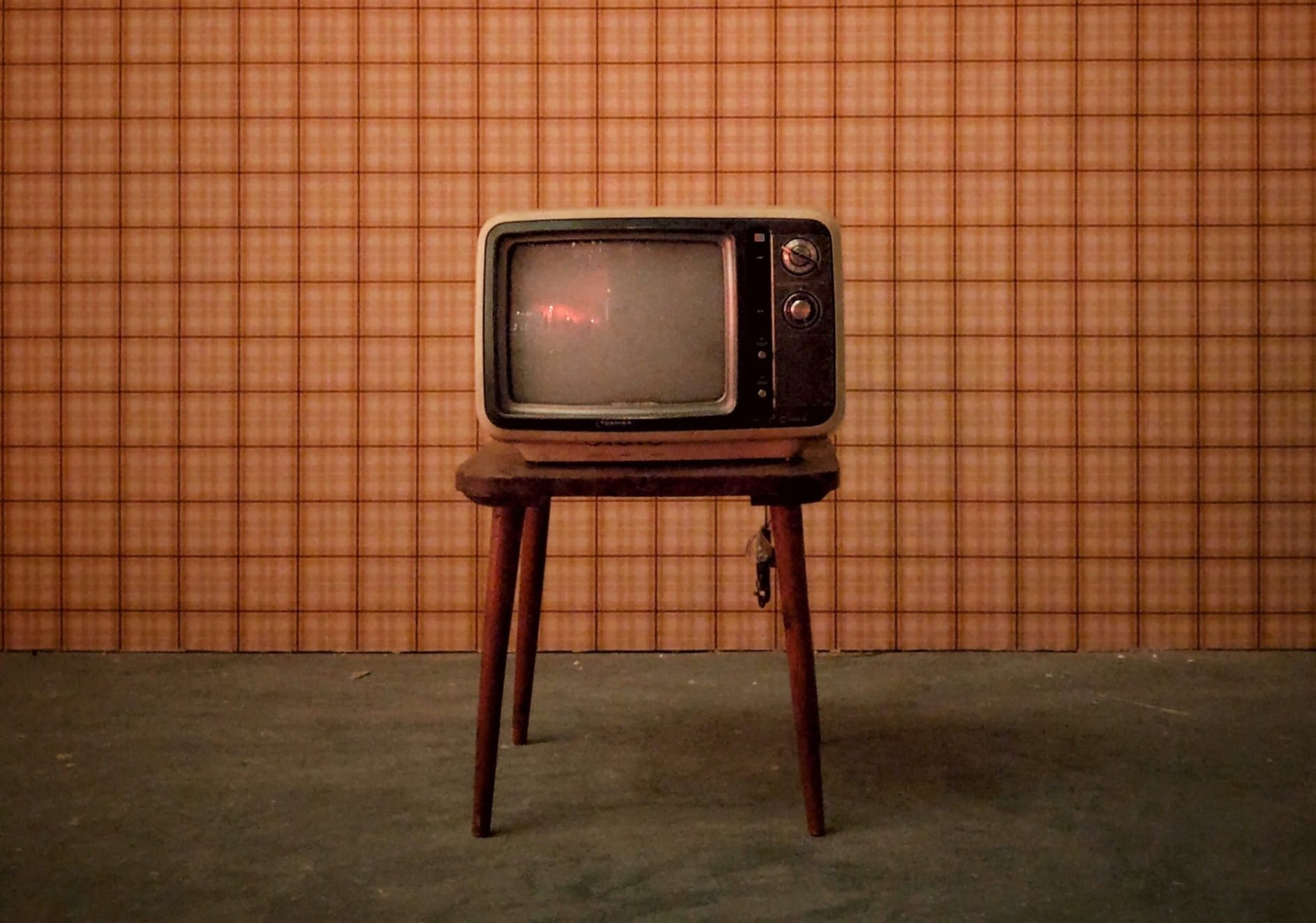 Notus Notes: The Architecture of a Film

These notes are about

Watching the recently Oscar awarded Bong Joon Ho’s Parasite, we realised that Architecture is the unsung hero of most great movies. The production designer of the film Lee Ha Jun, played the role of the “architect” and created a realistic but fictional set to host the everyday living space of the two families that we see in the movie. Both houses were designed from scratch to appear as though they are actually inhabited by the protagonist families. Their houses should reflect their actual place in society but should also be able to reveal to the viewer some of their personality characteristics and reflect the film’s particular disposition.

From classic to modern, we searched and distinguished some of most memorable interiors that one could see in the movie industry. Grab some popcorn and get inspired!

2001: A Space Odyssey is a 1968 epic science fiction film produced and directed by Stanley Kubrick. Kubrick involved himself in every aspect of production, even selecting notable pieces of contemporary furniture for use in the film. Some of the furniture used in the movie are from legendary designers such as Arne Jacobsen, Eero Saarinen and Olivier Mourgue. The use of refined furniture shapes, bright room colours and strict layouts are a treat to see. The interior spaces of this film are every bit as relevant now as they predicted they would be. 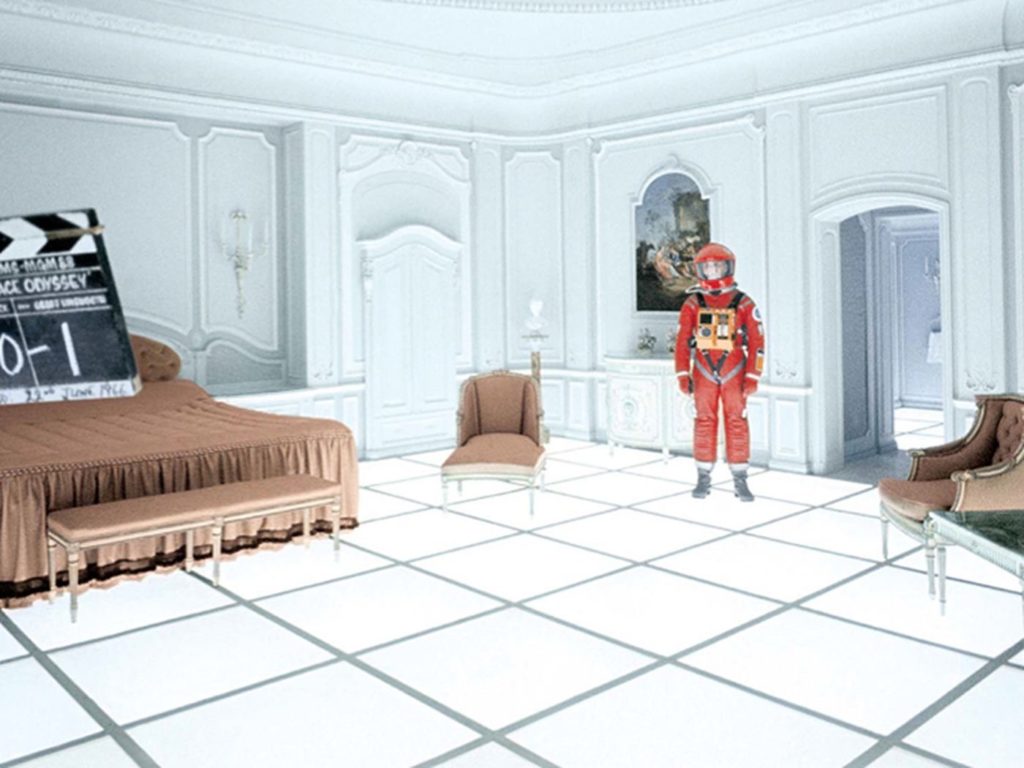 Set in the 1950s on the Amalfi Coast and the Italian Riviera, The Talented Mr. Ripley takes viewers for the first half of the film, to beach resorts bathed in sunlight and picturesque villas with their light interiors and terraces overlooking the calm and blue seas. As the movie darkens, so do the interiors: heavy roman damasks and dark furniture emerge. Both are a delight. 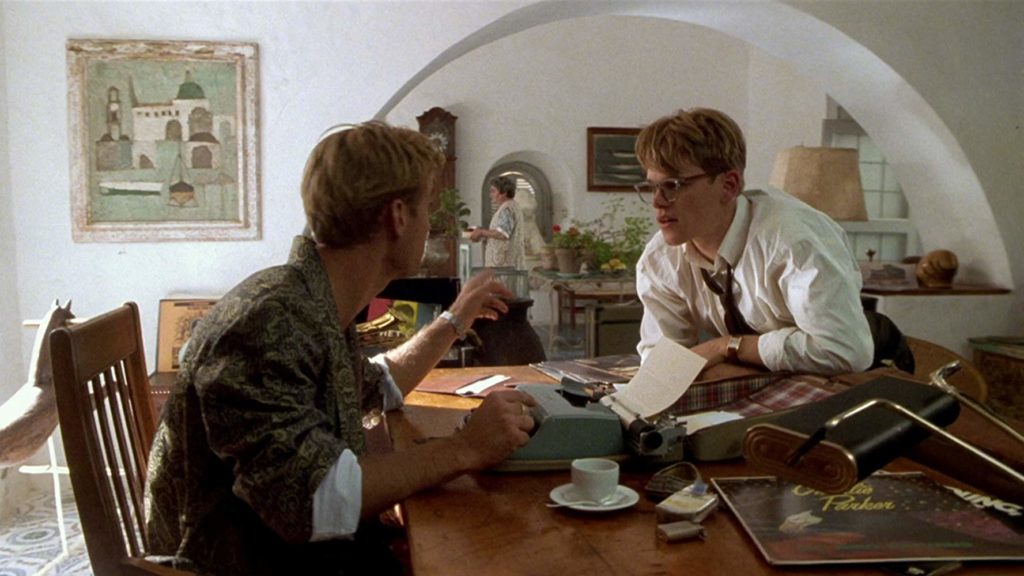 Director Wes Anderson renovated this Harlem house in Manhattan to be an additional character in the story of The Royal Tenenbaums. The house was unoccupied at the time of production, so Anderson rented it for six months and shot multiple exterior and interior shots there, transforming it into what we see in the film. He used his signature, almost surreal colour palettes and eccentric detailed sets such as the red wallpaper with zebras. 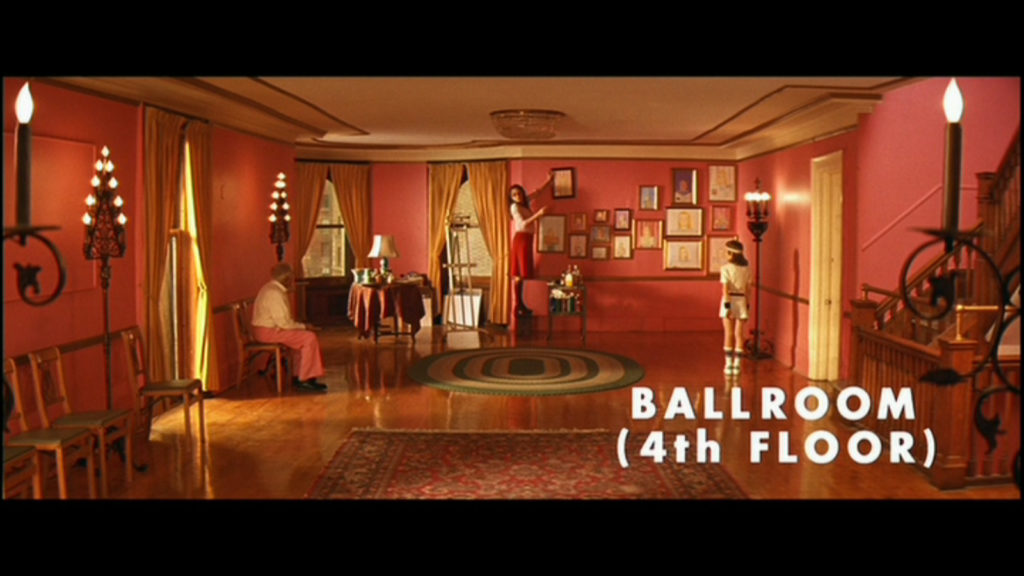 The Royal Tenenbaums. Image via here

I Am Love was filmed in the imposing Villa Necchi Campiglio, a family home in Milan that was built by Piero Portaluppi between 1932 and 1935, with later renovations by Tommaso Buzzi. The architecture of the Villa depicts the Milanese bourgeois: luxurious high-ceilinged rooms, walnut panels and parquetry, beautiful steel embossed doors and extraordinary decorative arts and furnishings. Although the imposing villa had to be adjusted to host a wealthy family for the needs of the film, little was changed, meaning that visitors to the villa today can peruse the delectable mint green kitchen, soak up the ambience of the pastel yellow dining room, and wander the splendid marble corridors. 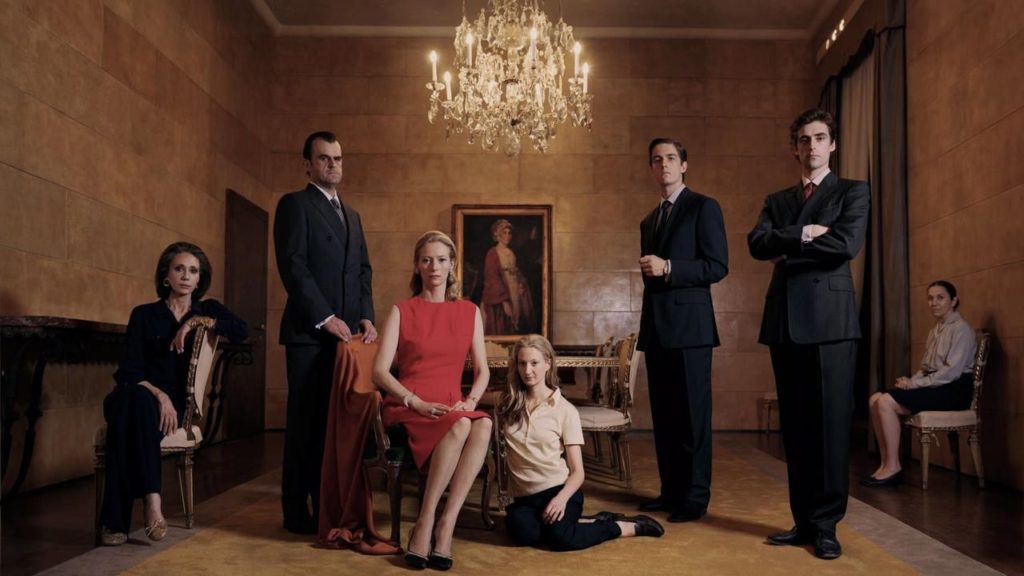 Hotel Chevalier was filmed at the Hôtel Raphael in Paris, on Avenue Kléber, two blocks south-southwest of the Arc de Triomphe. The Hôtel Raphael had previously been used as a setting for the films Love in Paris (1996) and Place Vendôme (1998). The setting is a typical French interior environment with a touch of luxury and the predominance of yellow as a single color palette. Even the main characters are well adapted to the set by wearing bathrobes that does not set themselves apart from the color of the bedsheets. Wes Anderson, to complete the look that he wanted for this 13 minute film, used props from his own apartment and a wardrobe from prestigious fashion designer Marc Jacobs. 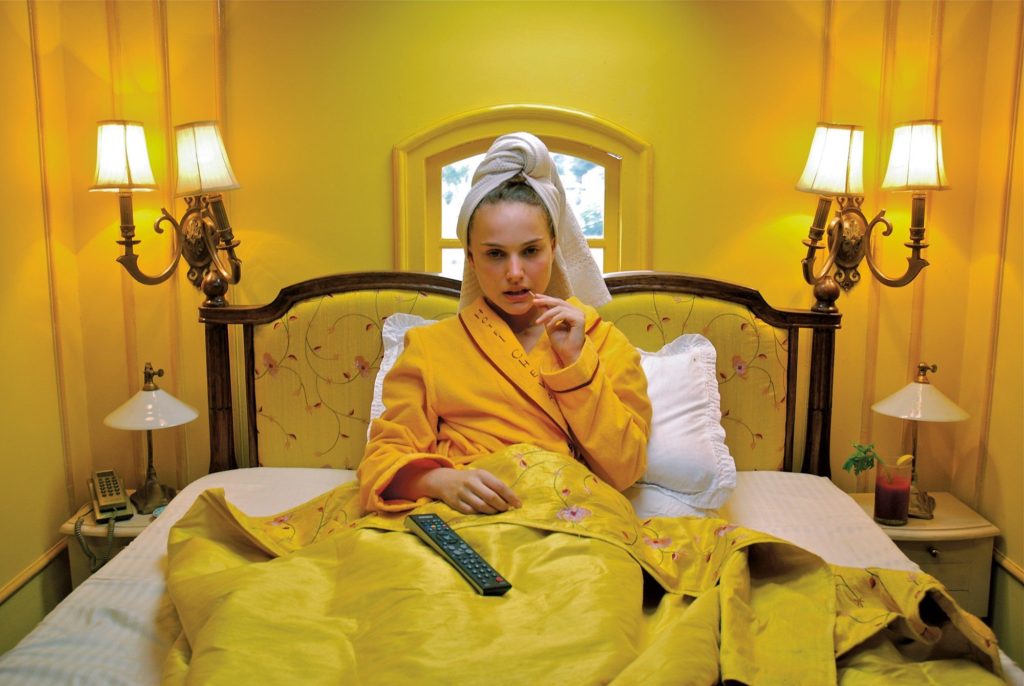 Comment below if you have any favourite interior design sets!